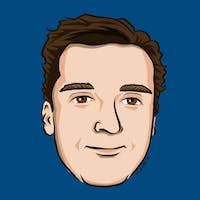 CSP, or Content Security Policy, is an added layer of security that helps to detect and mitigate certain types of attacks, including Cross-Site Scripting (XSS) and data injection attacks. In short, you can add this policy using either a <meta> tag or by setting additional headers in your HTTP response, and using the policy you'll limit the origins for resources for that HTTP request. For example:

If you want to read up on CSP, I suggest heading over to http://www.html5rocks.com/en/tutorials/security/content-security-policy/.

Now, I was trying out some things concerning CSP and inline scripts. You could add 'unsafe-inline' to the script-src source list to allow all inline scripting (except eval and other bad stuff, you need 'unsafe-eval' in that case), but that is exactly what you would want to avoid. Instead, you can opt to do one of these things:

Options 2 and 3 however are only defined in CSP v2, which is currently only implemented by Chrome, Opera and Firefox. The safest method would be to use the hash digest method, option 3. Alas, when you choose option 3, you'll quickly run into the following issues:

Let's try option 2 instead: making use of a nonce for every script block. This time, the results are looking a little bit better:

So there you have it: Content Security Policy is still not fully there yet. You can use it though, to restrict the use of other content, like webfonts, style sheets, media, ..., but for scripts our options are currently limited to either opening up 'unsafe-inline' or moving all JavaScript into files. And if you're doing ASP.NET projects, have a look at https://www.nuget.org/packages/NWebsec. This NuGet package will make implementing CSP - and other security headers - a lot easier for you :)